Ep. 007: Should you mix politics and branding? 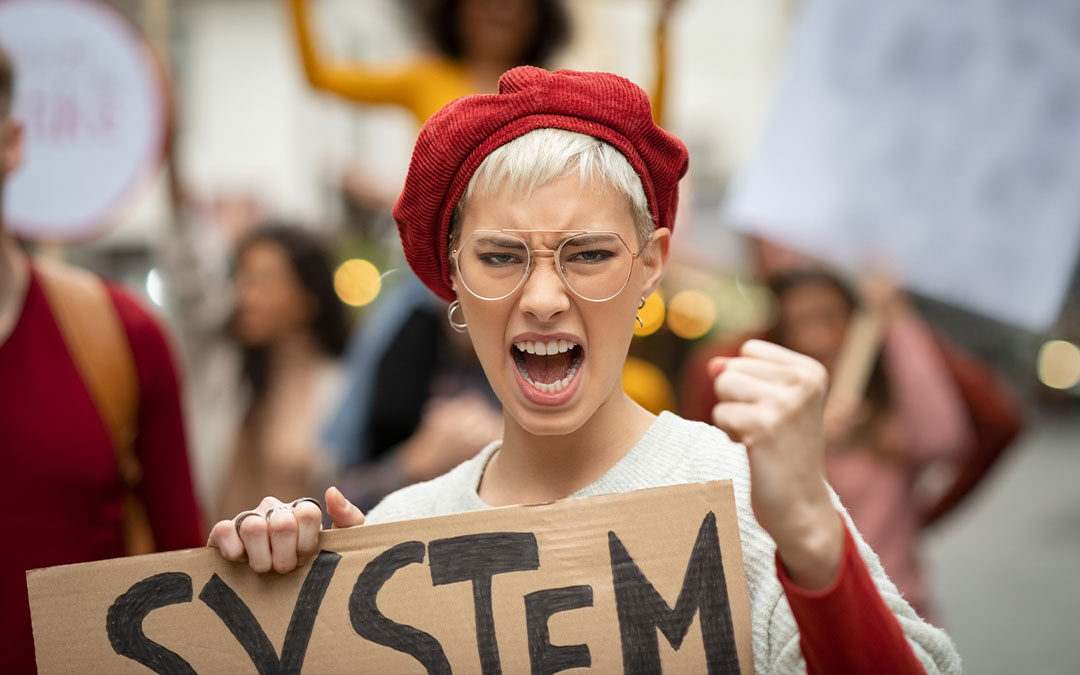 When I was speaking to Heather Thorkelson the other day, in episode 4, we had a really interesting conversation about owning your sh*it when it comes to building a strong brand. We briefly touched on whether you should be mixing politics and branding and I really wanted to dig a little deeper on this because I think it’s something a lot of people are struggling to navigate, and a lot of people think it’s scary to start mixing politics into their brands.

I’ve been told time and time again, and you probably have too, never to mix politics and branding. Well, I disagree, and here’s why:

And if your potential clients or customers don’t see you taking a clear stand, there’s a good chance they will take their wallet to someone who does, to brands who very clearly resonate with their own inner compass.

I can only speak for myself, but I know that there’s no way in hell I’d knowingly spend my money with a brand if they’re sketchy and reluctant to talk about their stand in matters of racism, gender equality, environmental issues, diversity and inclusion for instance. I’m by no means perfect, but I am doing my best to educate myself and do my research before I decide whose bank account to put my money in.

As a business owner too, there are some clients or projects I just will not take on. I’m pretty soft around the edges, I get along with most people from most backgrounds. But there’s a line there. I saw this brilliant illustration the other day, where one person says “We can disagree and still be friends” and the other responds: “Yes bitch, about pizza toppings, not racism.” So if a far right organisation came to me and asked me to help them rebrand, then… hell no. If the Trump campaign asked me to look at their brand strategy… nuh-uh. I don’t want to do work that I feel nudges the world in the wrong direction. There are plenty of other brand strategists and designers out there whose political views are different to mine – they can take those jobs on. Not me.

I also try to be conscious when I’m outsourcing work or looking for guests to interview for my podcast, to make sure I am including people from various backgrounds. Not that I’d ever invite someone on this show to be the “token black/trans/whatever person” – that thought… to me is just absurd. I invite people on or hire someone based on their expertise and personality, but it sure doesn’t hurt to keep diversity at the back of my mind. And by surrounding myself with people from all cultures and backgrounds, not only do I get to learn and expand my horizons – but that pool of awesome people to pick my next guest or hire from automatically becomes bigger and more diverse too.

In the past, most brands’ approach to politics has been to not talk about it. But the world evolves, and now consumers – especially the younger ones – generally want to spend their money with brands that resonate with their own political and cultural views.

According to a study by Edelman from 2018, 64 % of consumers around the world will buy or boycott a brand solely because of its position on a social or political issue. 64 %. That’s a lot! So do you see how maybe it’s more a matter of whether you can afford to not mix politics and branding, and that opting out is… well… no longer an option really.

To quote Amanda Glasgow from Edelman, because I think she sums it up it brilliantly:

It’s no longer a question of whether to, but how to take a stand. A brand must understand its audience and think long-term so that the stand it chooses authentically connects its values to its customers.

I definitely recommend reading the study, it’s really quite interesting from a branding perspective!

As brands around the world respond to this, we’re starting to see a massive shift in how brands approach political situations – with varying success. What’s the difference between a brand nailing it or failing it?

My personal thoughts here: It has to feel like they mean it. It has to come from the heart of the brand, and not just be “for show”.
Look at brands like Uncle Ben’s who are now rebranding to Ben’s Originals, and Aunt Jemima too. And yeah, they’ve taken action now – but to me… I can’t help but have this feeling that it’s too little too late if you get my drift? Because… it feels like they were pushed into this rather than making this change because they wanted to or because it aligned with their core brand values. And that doesn’t feel very genuine to me. Would they have chosen to rebrand if it wasn’t for the #blacklivesmatter-movement and the increased focus on racial equality we’ve seen recently?

I can’t know that of course. But I can assume. And I’m probably not the only consumer out there with the same skepticism.

And these, these are the big brands – you know the brands that really should have the power to be at the forefront, to be the ones pushing for change, and so I can imagine that for a lot of smaller brands and solo biz owners it’s even more scary because you’re worried that by showing where you stand politically that some of your clients might disappear because of it.

The difference between you and these huge corporations is that they can probably afford to lose some business over it – but you maybe can’t. So yeah, I get that it’s scary, I mean I’m a solo business owner myself and sticking your neck out like that definitely is scary, but I think we have to be part of the solution too – and that means showing the world where you stand in the really important matters right now…. So yeah, you might lose a few clients but you’ll probably gain more than you lose.

Like I said, I know I want to stay true to my beliefs and to my own ethical code of conduct. I don’t want to hire someone whose views on the world right now are completely opposite to mine. And I don’t want to take on work either, for people who advocate for or defend views that really aren’t compatible with the values that I stand for and that my brand stands for. So really, it’s a good thing that you push some of those people away, because you don’t really want to work with them anyway, do you?

So, how can you implement this in your branding?

No, it doesn’t mean that you have to all of a sudden go from keeping comfortably quiet about things to shouting polarising political statements from the rooftops – and then waiting for rotten eggs to be hurled at you.

Start by doing this one thing: Sit down and have a good long think about the values you want your brand to stand for. Write them down. Think about why those values are important to you. Write that down too. And then start to think about ways you can really incorporate those values into your brand:

See, there really are so many ways you can do this!

The most important thing is just to figure out where you do stand, and to be true to that. Do it from the heart, not because you’re expected to.

A little word of warning before I round off: You’re definitely going to get some people who don’t like what you stand for. You will ruffle some feathers. Those people will probably voice their disagreement too.

Just remember: for every person you piss off, the closer you get to the people you do want to attract to your brand.