Saving the Norwegian crab apple, one cider bottle at a time.

Monika and Tore left city life behind after over a decade, with a vision to create a livelihood from doing what they enjoy most: immersing themselves in nature; hunting, fishing and gathering. They returned to the Norwegian countryside with plans to offer hunting and fishing trips, rustic accommodation, quality food – and their very own locally made craft cider. They’re also on a mission to save the Norwegian crab apple species from extinction, which is just so darn awesome! Their passion for authenticity and quality is apparent in all that they do, and they wanted a brand identity that was both rustic and raw; but also refined.

When I say a brand identity, in reality it’s more like two: the parent brand Rennsjøen, and the separate cider brand Villeplet (“the wild apple”). They needed to be visually connected, but also to each stand their own ground. We chose to make the parent brand pretty understated, so that it could be used alongside the cider brand without competing for attention.

The logotype is clean yet sturdy, and is coupled with a simple icon that draws on the silhouette of a characteristic local mountain.

Villeplet’s first ever cider won a bronze award at the Nordic International Cider Awards 2022. How cool is that?! 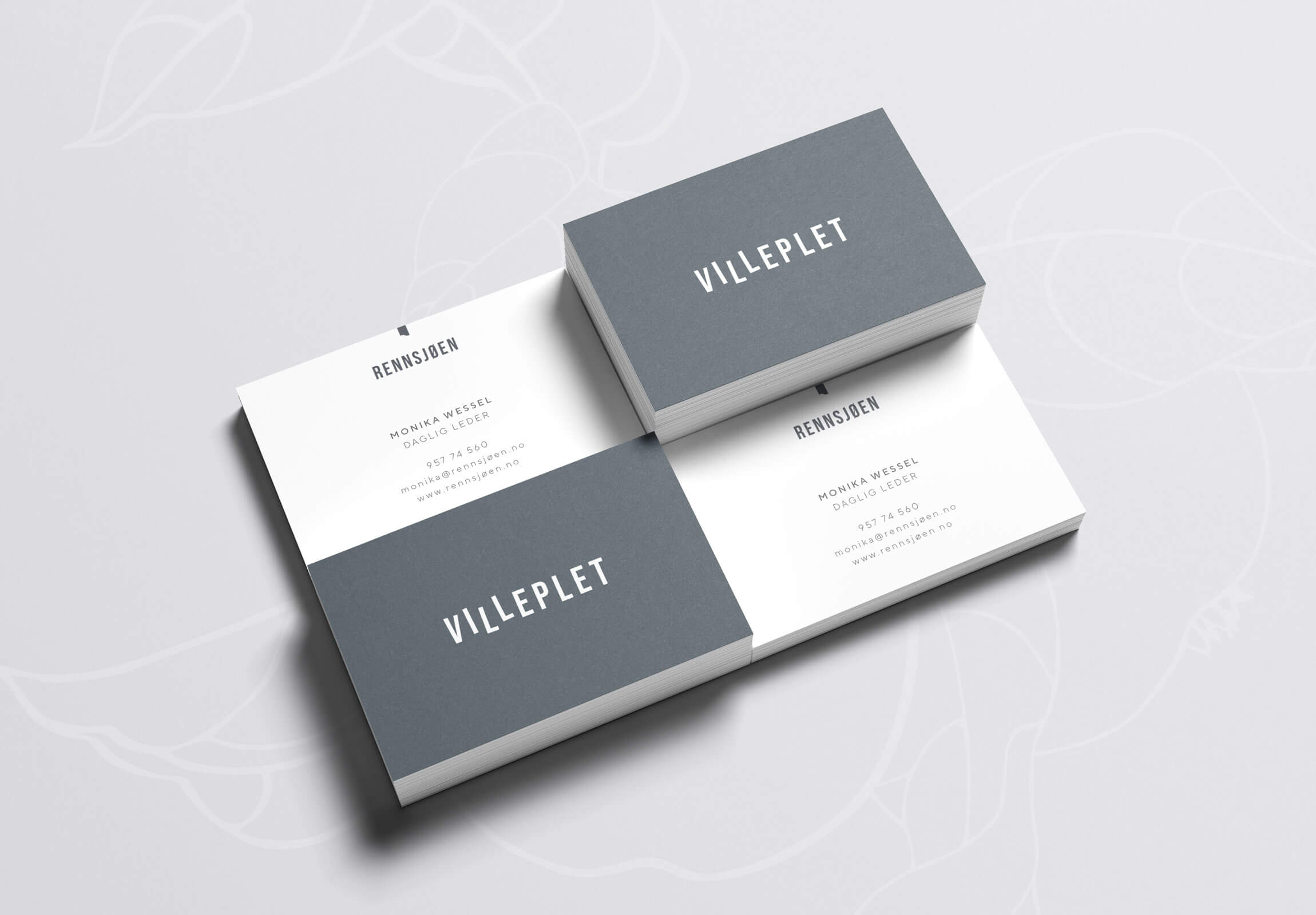 For Villeplet, I wanted to play on the word wild (vill = the Norwegian word for wild) and give it a more playful vibe than its parent brand. The same typeface was used for this logo too, to keep them visually connected, but three of the letterforms jump off the baseline a little, as if they’re breaking free. Almost a little rebellious, I daresay! 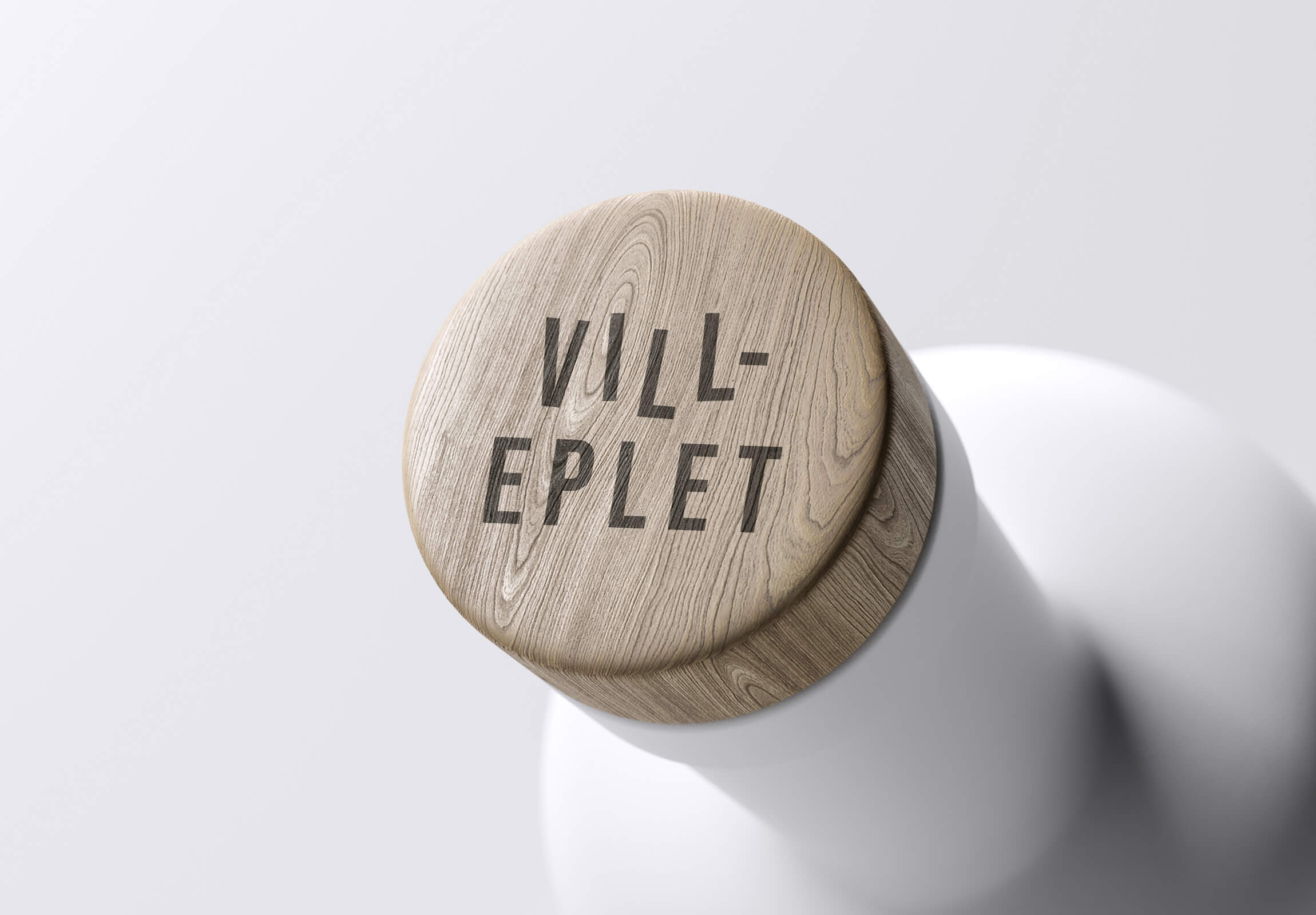 The colour palette is about as simple as you can get it: black + heaps of whitespace, relying instead on natural materials to add tactile depth and warmth to the overall look. Bonus: this gives them no end of cost effective ways of implementing their brand – with a stamp, hand-held embossing pliers or a branding iron for instance. 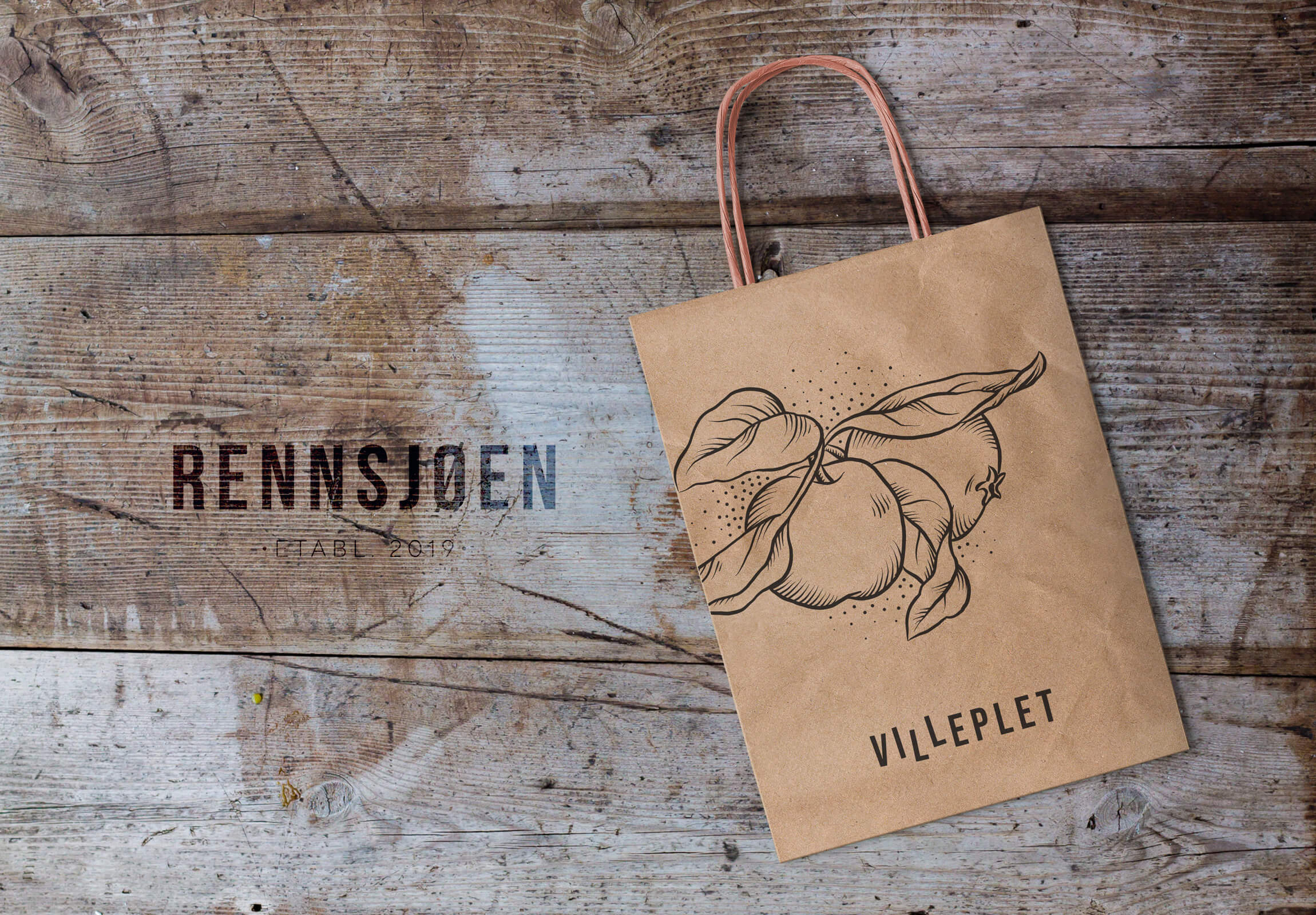 I envisaged a rustic illustration of crab apples to complete the look, and because I know my own illustration skills are limited, we commissioned my friend Helene of Strøk Design to draw the gorgeous custom illustration you can see on some of these pics. 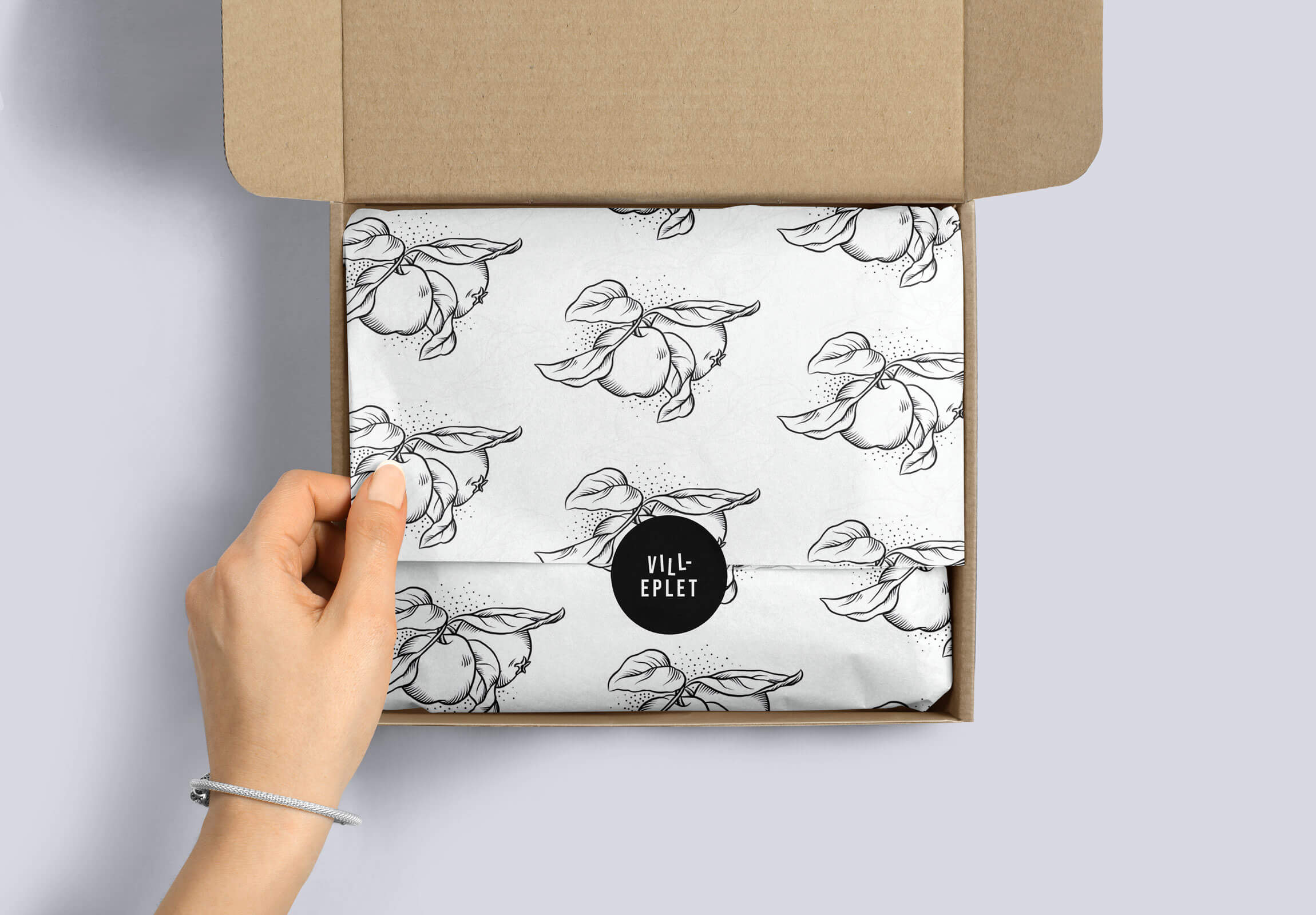 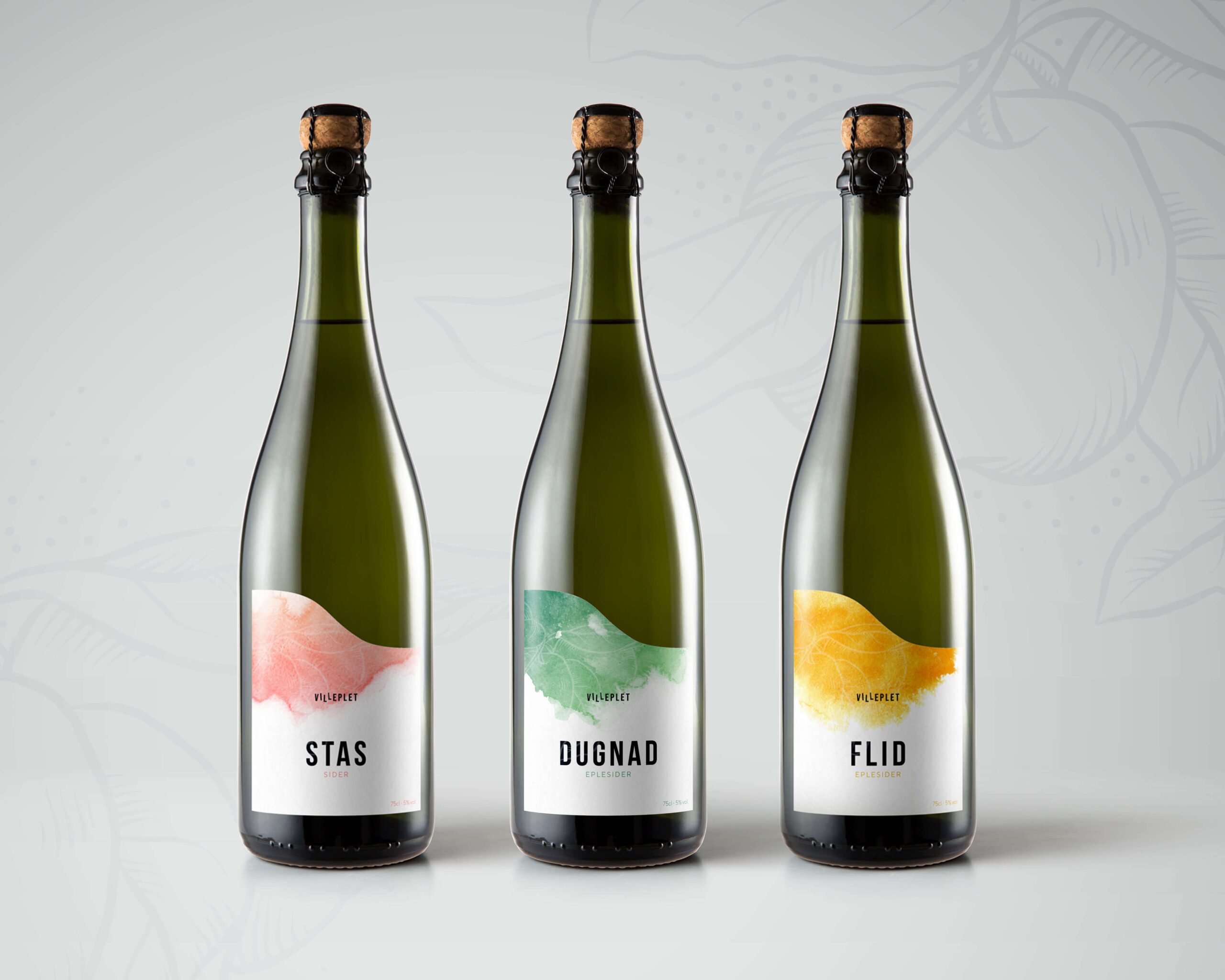 Once the brand identity was complete, I also designed labels for Villeplet’s range of premium apple ciders. The die-cut labels reflect the shape of the logo icon, and feature watercolour textures and a subtle spot UV varnish.

Thanks to Vegill and the rest of the team at Digital Etikett for a superb collaboration.

A lasting impression begins with a powerful and strategic visual brand identity. I'd love to help you build a brand that truly represents what you stand for and the vision you have for your business – and the world. When you work with me, you'll get a gorgeous visual brand identity that communicates the essence of your brand and helps you attract + connect with your dream clients.

Book a free discovery call to discuss your options over a virtual cuppa.

Let's have a chat!